Guitarist Lage Lund made his first Criss Cross leader debut in 2008 with the brilliant Early Songs (Criss 1307). Paring down from a quintet to quartet, he returns with Unlikely Stories, a vibrant set of mainly original tunes with a superb supporting cast: pianist Edward Simon, bassist Ben Street and drummer Bill Stewart.

Lund took first place in the International Thelonious Monk Guitar Competition and has gained renown as one of the world's most sought-after players. He has appeared on two Criss Cross sessions led by Seamus Blake, Way Out Willy (Criss 1288) and Bellwether (Criss 1317), in addition to his memorable sideman work with David Sanchez, Marcus Strickland, Kendrick Scott, Jaleel Shaw, Donny McCaslin, Will Vinson and many others.

The first-ever electric guitarist to attend Juilliard, Lund possesses a staggering harmonic sophistication and a singularly fluid voice as a soloist -- qualities that leap out on Unlikely Stories and, no doubt, on many more releases to come. 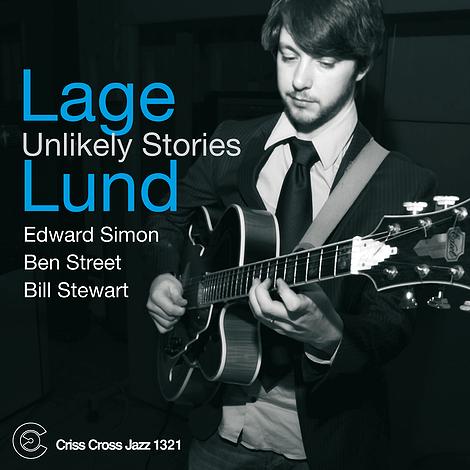